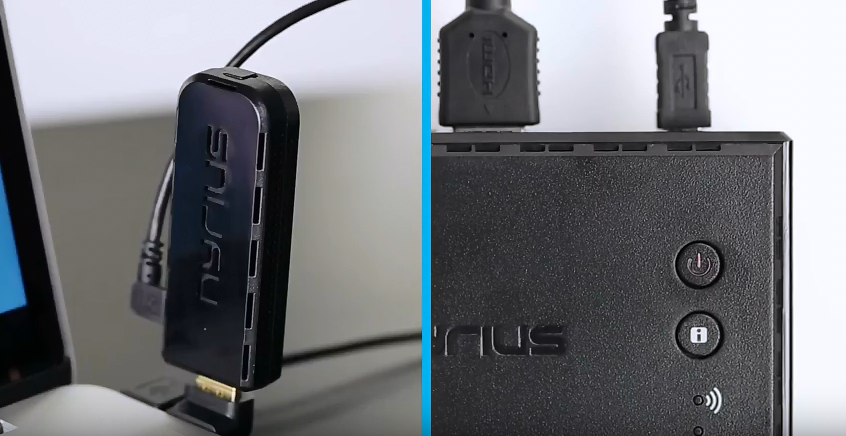 In the simplest possible terms, a digital video file type is just a format for storing video on a computer. Think about it like this – every video file exists as little more than kilobytes of data on a hard drive. Even if you’re talking about that great 4K home movie you just shot with your fancy new camera, you’re still just talking about 1s and 0s.

The specific format that the video is recorded in dictates how that information comes together to form the content you’re trying to enjoy. It contains information about how software will reassemble that footage into video. It contains instructions as to additional elements like subtitles or audio tracks. It even dictates what types of devices can or cannot play the video file in the first place.

To that end, the particular format that a video file is in will dictate nearly everything about the way you interact with it. Though digital video file types are very similar in that they both store audio and video information, this is essentially where the similarities end. If you want to make sense of digital video file types and what they mean for playback, there are a few key things you should know.

Whether you download video from the Internet or shoot home movies on your smartphone, those videos are very rarely ever “raw” – meaning uncompressed. Part of the reason for this is due to file sizes – a single second of uncompressed 1080p HD video would take up 118 MB on a computer’s hard drive.

Part of the reason why someone might choose one video format over the other has to do with the video codec that file format supports. A video file will always contain two key components: a codec and a container. The codec is used to take raw video and compress it down into as little space as possible, while the container is like a package used for storage. So for example, modern day .MOV files use the h.264 compression codec.

Compression itself is something of a double-edged sword. You might be able to take that two hour video file and get it down to a reasonable file size – but you’ll be giving up audio and video quality as a result. All the original information will be there, it will just look and sound worse than it did originally.

.MOV is officially known as the QuickTime file format. It’s a proprietary format that was originally designed by Apple for use on its own devices, though compatibility with Windows computers is available. .MOV offers great quality – particularly if you’re shooting video on an Apple device like an iPhone. Due to an emphasis on quality over compression, however, these files tend to be quite large. Because it’s a proprietary format, you also need either QuickTime (which offers an experience that leaves a lot to be desired on a Windows machine) or another compatible video player like VLC to actually play them.

.MP4 is a very popular file format that offers a wide range of compatibility on both Windows and MacOS computers. Because of its high quality encoding (it’s built on the rock solid foundation of MPEG-4) and support on most consumer devices, it has quickly become one of the most versatile formats that you’re likely to run into. Certain video streaming sites like YouTube even list it as their preferred file format when you take a video from your computer and upload it to the Internet.

.FLV is the standard file format of Flash video, which was originally developed by a company called Macromedia that was eventually bought out by Adobe over a decade ago. In the early days of the Internet, Flash video was everywhere – it was a perfect way to both deliver video information and preserve as much bandwidth as possible for the dial-up Internet connections of the era. There was a period of time where if you were watching a streaming video on the Internet, you could essentially bet that it was in this format.

However, times have changed. Flash is built on an aging architecture that many critics say isn’t just buggy – it’s a potential security vulnerability just waiting to be taken advantage of by someone who knows what they’re doing. Though Flash is still common across the Web, it is slowly being phased out in favor of new formats like HTML5 standardization. This is especially true in the mobile space, where certain devices like the Apple iPhone won’t play Flash-based content at all.

Thanks to the fact that it was both A) developed by Microsoft, and B) has been available since all the way back in the Windows 3.1 days, .AVI (short for “audio video interleave”) is still one of the most widely used digital video file types on the Internet. For many years, it offered by high quality and low file sizes – even for longer videos. While it’s popularity has certainly fallen off, a file in this format can still be played in just about any player or device you may have. Whether you’re setting up a media server in your home or just found an old .AVI file on a hard drive, even the video player that comes built into your operating system will have no trouble with this format.

Even though certain file formats have clear advantages over the others, there really is no “winner” in this discussion. There is no one “best” format, only the best format for the particular situation you find yourself in. As mentioned, the preferred file format of sites like YouTube is .MP4. If you wanted to set up a streaming media server in your home, you would likely want to use something like .AVI – it would be a happy medium between adequate quality video and the conservation of as much storage space as possible. If you’ve already bought into the Apple ecosystem and own an iPhone or a Mac desktop or laptop, you’re going to be dealing with the .MOV file format at some point whether you want to or not.

What does Latency Mean for Wireless Video Streamin... Advancements in technology have made streaming video possible just about everywhere, to all of our portable devices—in our cars, on airplanes, and tha...
What Should You Know Before You Buy a Wireless HDM... With modern wireless technology, there is no reason to be bound by cables in your home, office or onset. Watching movies, taking professional photos, ...
What is the Best Media Player for Your PC? Top 5 Media Players for your PC With so much media content available to us, it can be hard to know where to go when we’re looking for the best media ...
Best Streaming Services To Use To Rid You Of Your ... In 2016, the average cable TV bill for viewers in the United States hit an average of $103 per month, up from the 2015 average of $99 per month, accor...

How To Add HDMI Port To PC Desktops Using HDMI Cards
Differences Between HDMI vs DisplayPort – Which is Best?
What is the Best Media Player for Your PC?
What Should You Know Before You Buy a Wireless HDMI Transmitter/Receiv...
Unbox Therapy Tests the Nyrius Aries Pro Wireless HDMI Streaming with ...
Nyrius Aries PRO vs Prime: What’s the Difference Between Nyrius ...
A Breakdown of : 4k, 1080p, 1080i, 720 and More
How to Link Your Nyrius Aries Prime Wireless HD Transmitter & Rec...